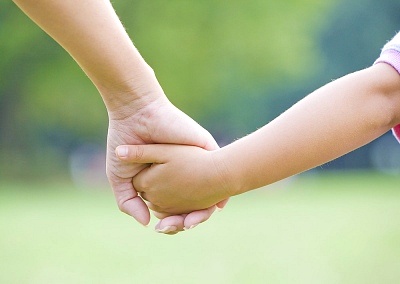 After years and years of soul searching, therapy, life coaching, self-help books, and exclaiming weird shit like “I Am Beautiful!” into the mirror- something inside of me finally healed. And I have my daughter to thank.

I took both kids out to eat because we’d been stuck in the house all day (and to be honest I wasn’t in the mood to cook. If I’m really being honest, I’m never in the mood to cook).  Anyway, on the way home Dylan seemed quiet but insisted she was fine. As we pulled into the garage the tears began to flow. She’s a sensitive butterfly (much like her mother), and it had been a long day, so I didn’t think much of it. But within seconds the slow stream of tears had turned into a full body, dry-heave-inducing, ugly cry. I quickly threw Max in the playroom so I could tend to Dylan’s emotional breakdown. I came back out to find her in the kitchen, still crying. I got down on the floor, looked her in the eyes and began to probe. After what felt like an hour, she finally confessed to sneaking a piece of gum from my purse and accidentally swallowing it….a week ago. I was absolutely horrified! Not because she had taken a piece of gum without asking, and not because she had swallowed it. I was horrified because my daughter had been carrying this guilt for over a week. How heavy that must have been for her 5 year old body. I cradled her in my arms like I haven’t since she was a baby and let her cry loudly into my chest. After she had calmed down a bit, I explained to her that she didn’t have to carry this guilt, that she could ask me to carry it for her, and I always would. I told her that she could tell me anything, and that I would keep all of her secrets, so she would never have to be weighed down by them.

It was when I said these words that something inside of me broke wide open. I was speaking to my daughter, but in some roundabout way, I was speaking to the part of me that has felt weighed down for years. I had a totally normal upbringing, the happiest of childhoods, and I think I’m doing pretty alright at this “adult” thing. And yet, I carry with me these unexplained feelings of guilt and shame that are heavy as f&*K. They keep me from putting myself out there, from being vulnerable, and from saying things I really want to say like “I love you” or “I need help”. I’ve been reading a lot of Brene Brown books lately (highly recommend!!) and almost all of her books touch on the concept of shame. She defines shame as a “fear of disconnection”, a fear that we may not be worthy of love or personal connection because, for one reason or another, we are flawed.

Battling the shame monster with my daughter on the kitchen floor was one of the most gut-wrenching, yet profound, moments of my adult life. Something inside of me was healed when I told my daughter it was okay to feel the very same feelings I feel (but have often felt I shouldn’t). It was in showing her compassion and acceptance that I realized I too am worthy of compassion, acceptance, and a solid cuddle. It’s okay to feel and to let others see you feel. To let the ickiest parts of yourself be seen by someone else is not only brave, it’s what connects us. I have never felt more connected to my daughter than I did in that moment. She’s brought up our “floor conversation” at least five times since then, and every time she does I can see her face soften and her body relax. She feels safe and worthy of love…and that’s a really, really good start!